LCC's annual remembrance ceremony was held on Sunday 10 Nov 2019. Below is the text of the address given by Chair Des Loughney:

Good morning, can I welcome you all to our 2019 Remembrance Day ceremony. This event has been organised by Longstone Community Council. My name is Des Loughney and I am chair of the Community Council. This memorial was opened in 1922 to commemorate the local armed services people who died in the two world wars: 48 in World War 1 and 24 in World War 2. My father served througout the Second World War and many of his friends were killed and wounded.

The agenda for today is that I will say a few words and the verse from the poem by Laurence Binyon ‘For the Fallen’ and  make a few remarks. There will then be the two minutes silence. After that wreaths will be laid. People laying weaths are welcome to say a few words.

The ceremony will end once the last wreath has been laid.

A week ago I was on a tour of Auschwitz in Poland. Between 1940 and 1945 the Nazis murdered at Auschwitz 1,100,000 Jews, 150,000 Poles, 23,000 gypsies, 15,000 Soviet prisoners of war and 25,000 people from other ethnic groups. The most memorable moment of this experience was standing on the very spot where the SS selected people when they got out of the cattle trucks. One SS officer asked everyone their age. If you were under 16 or over 40 you went to the column which was going straight to the gas chamber. If you were between 16 and 40 you went to the slave labour column. That column was worked to death within a few months. Also doing a selection was an SS doctor who wanted twins for experiments.

Amongst all the people we have to remember today we should not forget the millions of victims of the Nazi’s racist and anti semitic ideology.

Laurence Binyon “For the Fallen’

They shall grow not old, as we that are left grow old:

Age shall not weary them, nor the years condemn.

At the going down of the sun and in the morning

We will remember them.

Response: we will remember them. 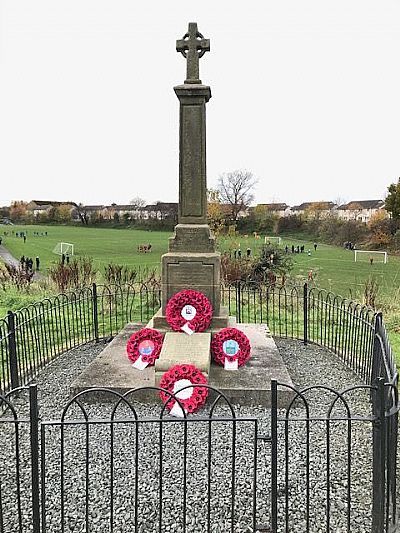 At the LCC meeting on Monday 12 March 2018, the headteacher of Longstone Primary School (Mrs Angela Pearston) was presented with the Duncan Colquhoun Memorial Award trophy shield by the Chair of LCC Des Loughney. See picture below: 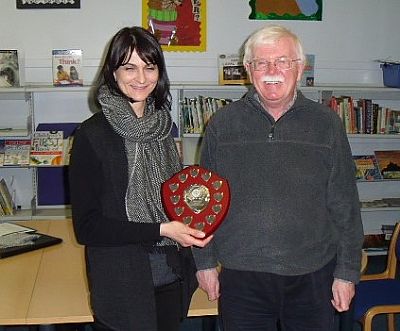 The shield was funded by LCC and the Award will be given to any pupil or group of pupils of the school who demonstrate distinctive service within the community. Duncan Colquhoun was a disabled local activist who died in 1976.